Dr. Andrew Stewart has led a career devoted to patient care and basic and clinical research in endocrinology and diabetes research for over 40 years. He received his bachelor’s degree from Trinity College in Hartford, Connecticut and his M.D. from Columbia University, College of Physicians and Surgeons, New York, New York. He served as a fellow in Endocrinology and Metabolism at Yale University School of Medicine in Connecticut, rising to the rank of tenured Professor at Yale. He moved to Pittsburgh in 1997 to become Chief of the Division of Endocrinology and Metabolism at the University of Pittsburgh School of Medicine. He moved to New York to serve as the Director of the Diabetes, Obesity and Metabolism Institute at Mount Sinai in November 2012.

Dr. Stewart is a leading authority on human pancreatic beta cell replication and regeneration. His research focuses on understanding and developing novel means for inducing human beta cell regeneration for people with Type 1 and Type 2 Diabetes. His group was the first to demonstrate that growth factors could drive beta cell replication in vivo in mammals, and also improve glucose control in living animals, and the first to carefully define cell cycle control in the rodent and human beta cell. His group described the first effective drug combinations that are able to induce high rates of human beta cell proliferation and mass expansion, currently making their way to clinical trials. This work is the subject of invited symposia at both the American Diabetes Association (ADA), the European Islet Study Group (ISG), the European Association for the Study of Diabetes (EASD), the International Congress of Endocrinology, and the US National Institutes of Health, and is supported by multiple patents.

He has received numerous honors, including: Councilor of both the Endocrine Society as well as the American Society for Bone and Mineral Research (ASBMR); Secretary-Treasurer of the Endocrine Society; Chair of the Program Committee for the ADA; the Chair of the American Diabetes Association Annual Meetings for 2010 and 2011. He has published more than 250 scientific papers, with many in journals of the highest quality, including the New England Journal of Medicine, Science, Nature Medicine, Cell Metabolism, The Journal of Clinical Investigation, Science Translational Medicine, The Proceedings of the National Academy of Sciences, and others. Dr. Stewart has been the continuous recipient of research grants for 40 years, and currently holds multiple grants from the NIH. He has served on and chaired grant review panels for the NIH, the ADA and the JDRF. Finally, Dr. Stewart has won many awards, including the 2008 Endocrine Society Gerald Aurbach Award for outstanding scientific achievement, the 2014 RayKroc Award, and the 2022 City of Hope Arthur Riggs Award for Advances in diabetes research. 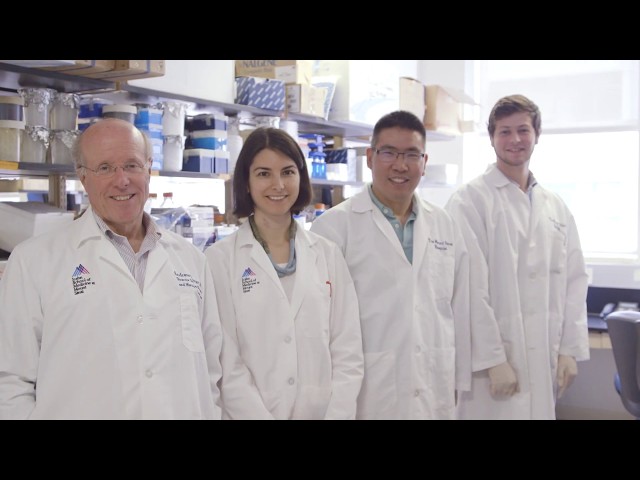 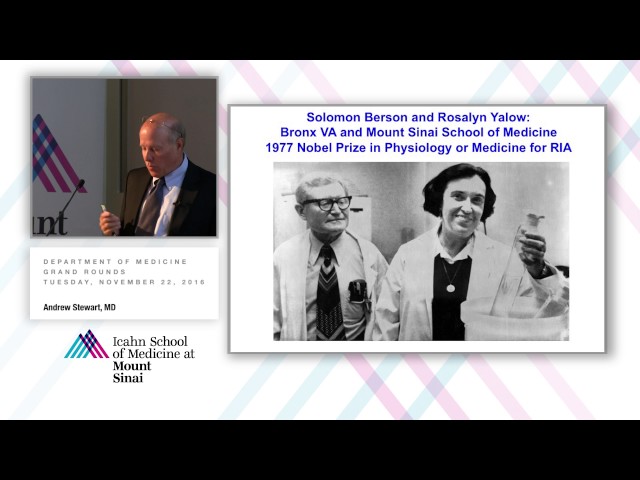 Dr. Andrew Stewart is the Scientific Director of the Diabetes, Obesity and Metabolism Institute (DOMI). He an authority on human insulin-producing pancreatic beta cell replication and regeneration for people with diabetes.  His research focuses on understanding and developing novel therapies for inducing human beta cell regeneration, from gene therapy to small molecule drug discovery.  His group was the first to demonstrate that growth factors could drive beta cell replication in vivo in mammals, and also improve glucose control in living animals.  His group was also the first to carefully define cell cycle control in the rodent and human beta cell. They were also the first to report that small molecule drugs that inhibit the enzyme DYRK1A are able to induce human beta cells to replicate, and to reverse diabetes in vivo in mice transplanted with human beta cells.  He is actively involved in developing next-generation DYRK1A inhibitors for human diabetes, and understanding why human beta cells are so refractory to replication. His work has been continually supported by the NIH/NIDDK and the JDRF.

Dr. Stewart did not report having any of the following types of financial relationships with industry during 2022 and/or 2023: consulting, scientific advisory board, industry-sponsored lectures, service on Board of Directors, participation on industry-sponsored committees, equity ownership valued at greater than 5% of a publicly traded company or any value in a privately held company. Please note that this information may differ from information posted on corporate sites due to timing or classification differences.