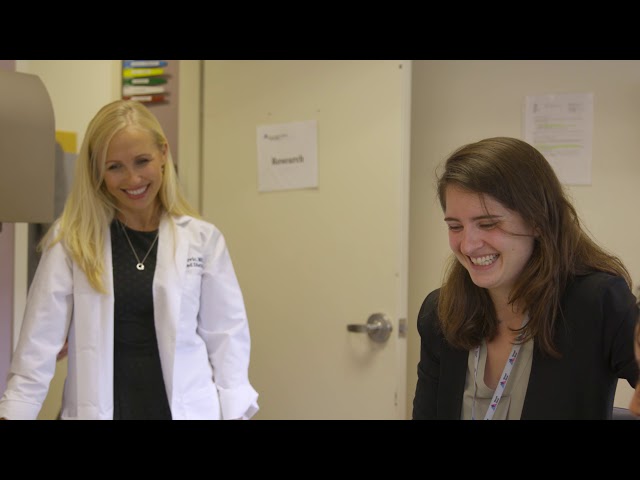 The Diaz laboratory studies the molecular basis of inherited human diseases, particularly single-gene disorders. Methodologies applied within the laboratory include linkage analysis, positional cloning, development of animal models and elucidation of disease pathophysiology through biochemical and cell biological studies. By understanding the underlying pathobiology of these disorders, fundamental insights can be gained into more broadly relevant biological or clinical questions.

WHIM syndrome is a rare immunodeficiency causing hypogammaglobulinemia, neutropenia and predisposition to warts. Affected individuals have been found to carry truncating mutations in the tail domain of the CXCR4 chemokine receptor. The pathogenesis of the disease appears to involve both a neutrophil trafficking defect as well as a defect in lymphocyte function. While the nature of the susceptibility to HPV is poorly understood, additional study should provide insight into the role of the receptor in the host response to infection by HPV, a cause of significant human morbidity. Studies currently underway include the characterization of a mouse model expressing mutant CXCR4 in selected hematopoietic tissues, genetic studies with functional candidate genes in families with the WHIM syndrome phenotype without mutations in CXCR4, and biochemical characterization of the signaling perturbations in disease cells carrying CXCR4 truncations.

Mutation of a tubulin-specific chaperone protein, TBCE, has been found to cause autosomal recessive Kenny-Caffey syndrome (KCS), a dwarfing syndrome associated with congenital hypoparathyroidism and mental retardation. A spontaneous mutant of the orthologous mouse gene, Tbce, was identified by other investigators in a murine model of peripheral motor neurodegeneration (pmn), implicating the chaperone in maintenance of the microtubule cytoskeleton in motor axons. Biochemical studies have confirmed that the disease pathophysiology is not caused by loss of tubulin folding function, suggesting a novel role for the protein. Interaction with a microtubule growth regulator, EB1 has been demonstrated, consistent with a role for TBCE in the organization of microtubules. Current work is focused on validating this proposed function and exploring the role of TBCE in maintaining microtubule stability. Defects in microtubule stability in neuronal cells appears to be a potential common pathogenic pathway disturbed in several neurodegenerative disorders, suggesting TBCE and its interactors as potential modifiers.

Below are financial relationships with industry reported by Dr. Diaz during 2019 and/or 2020. Please note that this information may differ from information posted on corporate sites due to timing or classification differences.