Over the past 20 years I have set up in Lille (France) together with my colleagues a successful comprehensive research and health care network fully dedicated to Inflammatory Bowel Diseases (Crohn’s disease [CD] and ulcerative colitis [UC]). Our research center was composed of 3 complementary groups: (1) a medical and surgical department which has performed many multicenter studies at the national (GETAID group) and international level; (2) an epidemiological group based upon the IBD North-Western Registry (EPIMAD); (3) a physiopathological group devoted to the study of immunological mechanisms and the development of new therapeutic targets in regulation of digestive inflammation. Thanks to the development of multiple local, national and international collaborations we have been able to make some important contributions to the pathophysiology of IBD. The most remarkable are the initiation in 1994 of collection and sampling of IBD families that eventually led to the identificationof NOD2 as a susceptibility gene for CD, the development in the 90’s of the ASCA test (anti-S. cerevisiae (mannan) antibodies) which is still the most sensitive and specific serologic marker for CD and elucidation of the potential role of Candida albicans in CD and the identification of a new pathovar of Escherichia coli (AIEC for adhesive invasive E.coli) associated with ileal CD. At the national level, I have been one of the leaders of the GETAID group, initiating and participating to many clinical trials that have helped to improve therapeutic strategies in IBD especially regarding the use of immunomodulators and biologics. Apart from international recognition, one of the biggest achievement of the GETAID has been the

emergence of a new generation of young and bright European gastroenterologists with an interest in IBD. At the international level I have been involved as participant or primary investigator in most recent therapeutic trials with biologics.

The main concretisation of this work has been the publication as primary author or co-author of more than 500 peer-reviewed papers and 30 chapters of books most of them in the domain of IBD. I have been invited to give talks in many countries either during IBD meetings or national and international meetings including UEGW and DDW. I have been and am still in the editorial board of several gastroenterology journals including Clinical Gastroenterology and Hepatology, Nature reviews in Gastroenterology and Hepatology, Inflammatory Bowel Disease and Journal of Crohn’s and Colitis. I have been associate editor of Gut from 2005 to 2009 and I am currently associate editor of Alimentary Pharmacology and Therapeutics being in charge of IBD papers. This leadership in IBD has been recognized by my colleagues who elected me as the president of ECCO (2008-2010) and chair of the International Organisation of Inflammatory Bowel Disease (IOIBD) (2010-current). I have been appointed at the director of the Helmsley IBD center at Mount Sinai since January 1, 2013. 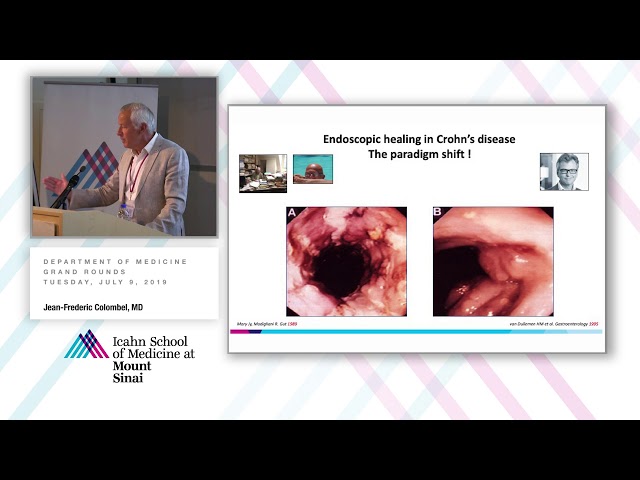 Looking Back and in the Distance: Are We on Track to Change IBD Patients' Lives

Below are financial relationships with industry reported by Dr. Colombel during 2020 and/or 2021. Please note that this information may differ from information posted on corporate sites due to timing or classification differences.