Kristen Brennand is a stem cell biologist working to bridge the fields of developmental neuroscience and psychiatry. A major focus of her work is developing in vitro models for schizophrenia in order to identify novel insights into the molecular and cellular phenotypes of mental illness. She works with the Department of Neuroscience, Genetics and Genomic Sciences, Psychiatry, and the Icahn Institute for Data Science and Genomic Technology. 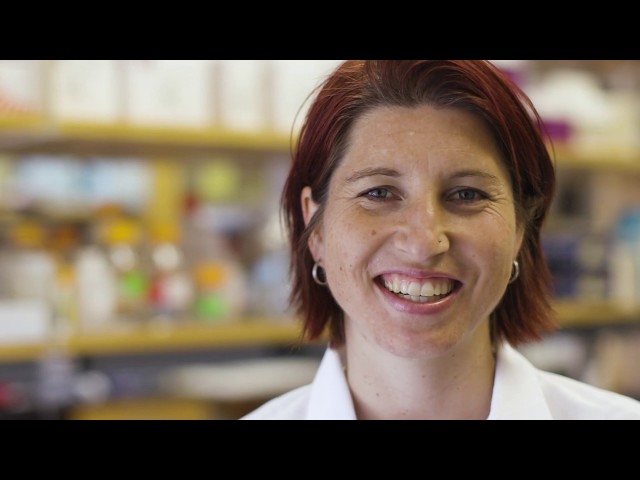 Schizophrenia (SZ) is a debilitating psychiatric disorder.  While its characteristic symptoms generally appear late in adolescence, SZ is thought to be a neurodevelopmental condition, often predated by a prodromal period that can appear in early childhood. Though postmortem studies of SZ brain tissue typically describe defects in mature neurons, such as reduced neuronal size and spine density in the prefrontal cortex and hippocampus, abnormalities of neuronal organization, particularly in the cortex, have also been reported. Due in part to the lack of live patient material for study, the cellular and molecular mechanisms of disease initiation and progression remain unknown.  Though aberrant migration of human neural progenitor cells (NPCs) and reduced connectivity of human neurons has been hypothesized to contribute to disease initiation, neither mechanism is understood in live human neurons.

Through clinical collaborations, we have obtained skin samples from well-characterized cohorts of children and adults with SZ as well as samples from healthy controls.  Having reprogrammed these skin cells into human induced pluripotent stem cells (hiPSCs) and directed these hiPSCs to undergo neural differentiation, we can generate near limitless quantities of live healthy and SZ NPCs and neurons.  By identifying differences between healthy and diseased neurons, we hope to elucidate the mechanisms that result in SZ and to screen for new drugs with which to reverse the cellular defects contributing to disease.

Dr. Brennand did not report having any of the following types of financial relationships with industry during 2020 and/or 2021: consulting, scientific advisory board, industry-sponsored lectures, service on Board of Directors, participation on industry-sponsored committees, equity ownership valued at greater than 5% of a publicly traded company or any value in a privately held company. Please note that this information may differ from information posted on corporate sites due to timing or classification differences.