In this "Daily Check Up" feature from The Daily News, Dr. Desnick talks about treating genetic diseases.
View the PDF. 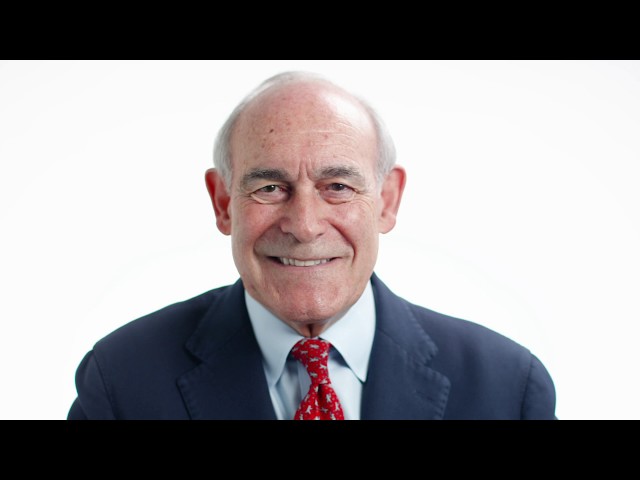 For the past two decades, studies of the lysosome and the pathogenesis and treatment of lysosomal storage diseases have been a major research theme of this laboratory. For example, in Fabry disease (galactosidase-Gal A] deficiency), our group isolated the human-Gal A gene, developed novel overexpression methods, and made knock-out mice with Fabry disease for preclinical studies of enzyme and gene therapy. These basic science studies provided the rationale for the clinical trials of enzyme therapy that proved effective in this disease. These studied culminated in approval of enzyme replacement for Fabry disease by the FDA in April 2003. Current studies are directed to: 1) identify and characterize the structure/function relationships of mutations in the Gal A gene which cause Fabry disease, 2) develop novel therapeutic strategies to treat Fabry disease and other disorders due to protein misfolding by rescuing/stabilizing the misfolded protein with small molecule pharmacologic chaperones, and 3) develop stem cell and gene replacement strategies for these diseases.

Heme biosynthesis requires eight enzymatic steps to convert succinyl-CoA and glycine to the final product, heme. All eight enzymes are encoded by nuclear genes, with the first and last three enzymes being located in the mitochondria while the second through fifth enzymes are in the cytosol. The inherited porphyrias are inborn errors of heme biosynthesis, each resulting from the deficient activity of a particular enzyme.  Previously, our laboratory: 1) developed assays, 2) purified these enzymes, 3) isolated and characterized the cDNAs and genomic sequences encoding several enzymes, and 4) identified molecular lesions causing the different porphyrias. Recently, we developed knock-in mouse models for an erythropoietic porphyria, congenital erythropoietic porphyria (CEP), and are currently developing knock-in mice to generate an improved mouse model for a hepatic porphyria, acute intermittent porphyria (AIP). These models will permit studies of the cutaneous and acute neurologic pathophysiologies of these porphyrias, and facilitate the development of novel therapies. Current therapeutic efforts in these models include hematopoietic stem cell therapy for CEP and AAV-8 mediated hepatic-targeted gene therapy for AIP.

These studies involve the identification of variations in human genes responsible for the metabolism of drugs.  These variations cause the adverse drug responses that are common and often life-threatening.  Examples of the known genes with varying pharmacogenetic responses are the P450 genes.  By identifying the key genetic variations in an individual's genome that alter the activation, metabolism, transport, distribution and clearance of a given drug, a person's pharmacogenetic profile can be determined, permitting personalized drug selection and dosage.  Currently, we are a site for the NIH-sponsored clinical trial of genome-guided dosing for warfarin. Using single nucleotide polymorphisms (SNPs), candidate genes for a given drug are interrogated for informative haplotypes which are then tested in a given population of individuals experiencing adverse affects of the drug.  In addition, variations that alter drug metabolism can be tested in individuals taking the drug.

Below are financial relationships with industry reported by Dr. Desnick during 2021 and/or 2022. Please note that this information may differ from information posted on corporate sites due to timing or classification differences.