Robert H. Pass is Professor of Pediatrics and Chief of the Division of Pediatric Cardiology at the Icahn School of Medicine at Mount Sinai and Mount Sinai Kravis Children’s Hospital. He is Co-Director of the Mount Sinai Kravis Children’s Heart Center, and Director of Pediatric Electrophysiology at the Mount Sinai Health System. Dr. Pass's area of clinical focus is catheter-based therapy including ablation of arrhythmias, medical management of arrhythmias, pacemaker and ICD insertion and care, interventional cardiology procedures for children and adults with CHD including valvuloplasty, ASD PFO closure, stents and transcatheter valves as well as general pediatric and adult congenital cardiology. He received his medical degree from Boston University and was a student in the accelerated 6 year combined BA/MD program graduating in 1991. He performed his residency in pediatrics at NY Hospital - Cornell University and pediatric cardiology fellowship as well as separate fellowships in pediatric interventional cardiology and pediatric cardiac electrophysiology at Boston Children’s Hospital - Harvard University. Following this, Dr. Pass worked at NY Presbyterian - Columbia and Cornell for over 10 years where he was the Director of Pediatric Electrophysiology. He then moved onto the Children’s Hospital at Montefiore - Albert Einstein College of Medicine where he was Associate Chief of Pediatric Cardiology as well as the Director of the Pediatric Cardiac Catheterization Laboratory as well as Pediatric Cardiac Electrophysiology. Dr. Pass is well known in the US as a master clinician in the field of pediatric and congenital electrophysiology and there are over 10 pediatric electrophysiologists in the US who ‘got their start’ under his tutelage. He is a master teacher and has mentored many cardiology trainees over the past 20+ years. He is the author of nearly 100 original articles in the fields of pediatric cardiology, mostly in pediatric electrophysiology and interventional cardiology and is an Associate Editor of the Journal PACE as well as Associate Editor of the Journal of Interventional Cardiac Electrophysiology. He is often invited to speak at international meetings on the topic of pediatric electrophysiology. In addition to his clinical work, he is also well known throughout the field of pediatric cardiovascular medicine as he is the host of a weekly podcast on this topic called Pediheart: Pediatric Cardiology Today which is available for free on iTunes, Spotify and Stitcher and listened to throughout the world with over 700,000 downloads. 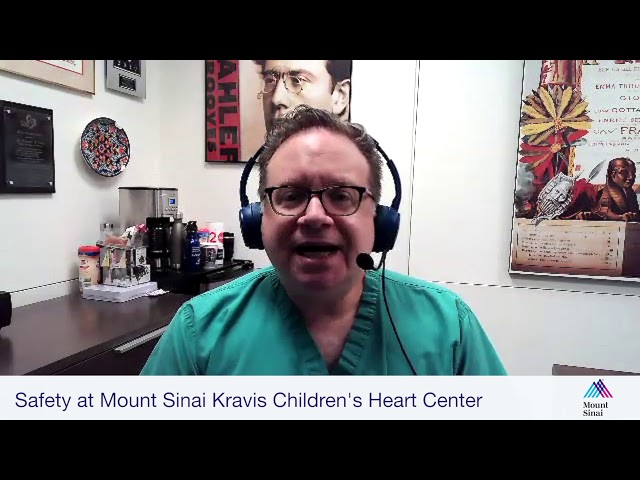 The focus of Dr. Pass’ research is clinical electrophysiology and interventional cardiology for children and those adults with congenital heart disease. He is particularly well known for work on the topic of ablation in children having authored many papers on this topic. He has also published on the topic of channelopathy. In recent years, his interest has focused on techniques to reduce radiation exposure to patients and staff during invasive cardiac catheterizations either for interventional procedures or electrophysiology procedures. He also first authored the first large multi center US trial for the Amplatzer PDA closure device which resulted in FDA approval of what is now the most commonly implanted device for the treatment of patent ductus arteriosus.

Dr. Pass did not report having any of the following types of financial relationships with industry during 2021 and/or 2022: consulting, scientific advisory board, industry-sponsored lectures, service on Board of Directors, participation on industry-sponsored committees, equity ownership valued at greater than 5% of a publicly traded company or any value in a privately held company. Please note that this information may differ from information posted on corporate sites due to timing or classification differences.