Robert S. Lebovics, MD, FACS, is a nationally and internationally known otolaryngologist with expertise in infectious and inflammatory disorders for both adults and children. Dr. Lebovics received his medical degree from the State University of New York Downstate in Brooklyn, NY, and completed otolaryngology training at the Albert Einstein/Montefiore Hospital Medical Center. For almost nine years after his residency, Dr. Lebovics was Chief of the Clinical Otolaryngology Service at the National Institutes of Health in Bethesda, Maryland, working with the National Institute of Deafness and Communication Disorders. At NIH, he interfaced in the medical frontiers of gene therapy, immunotoxins for treating head and neck cancer, and techniques of surgical rehabilitation for both the larynx/trachea and the sinonasal tract. Concurrently, Dr. Lebovics maintained a faculty appointment at Georgetown University where he regularly lectured and taught new physicians.

In 1997, Dr. Lebovics relocated back to his native New York and joined the hospital service that later became the Mount Sinai West (MSW) and Mount Sinai-St. Luke’s (MSSL) Hospitals. Dr. Lebovics has focused his practice on breathing disorders and rehabilitation of the upper airways. As part of his work in moving the art and science of medicine in laryngeal and tracheal repair, he has collaborated with the Department of Thoracic Surgery, performing innovative procedures to rehabilitate and treat upper airway obstructions. Dr. Lebovics, together with Chief of Thoracic Surgery at MSW/MSSL Dr. Faiz Bhora, has worked for several years in the laboratory performing surgery on pigs, implanting bioengineered three-dimensional printed scaffolds to replace the native pig trachea, some of which have been impregnated with lines of stems cells.  He continues to be involved in this cutting-edge research, ultimately seeking new techniques of rehabilitating the airway.

Dr. Lebovics is an Associate Professor of Otolaryngology, Head and Neck Surgery at the Icahn School of Medicine of Mount Sinai in NYC. He is a member of various organizations, including being a Fellow of the American College of Surgeons and a Fellow of the American Academy of Otolaryngology - Head and Neck Surgery. He served for two years as the Secretary/Treasurer of the New York Laryngological Society, and currently serves as a police surgeon for the NYPD. He is also on the Medical Advisory Board for the Vasculitis Foundation based in Kansas City, Missouri, where he served on their Board of Directors for six years.

He employs endoscopic techniques in the OR for repair of the larynx, trachea and large bronchi, using balloons, cryotherapy, and injections, as well as implanting stents for both benign and malignant disease. He focuses on autoimmune and inflammatory diseases affecting the upper airways and head and neck region. Some of these diseases include: Wegener's granulomatosis (a.k.a., Granulomatosis with polyangiitis), Churg-Strauss syndrome (a.k.a., Eosinophilic Granulomatosis with polyangiitis), sarcoidosis, relapsing polychondritis, and Sjogren’s Syndrome. Other autoimmune diseases that can affect the head and neck include autoimmune hearing loss, Cogan’s syndrome, immune deficiencies, vasculitis, temporal arteritis, Behcet’s disease, Takayasu arteritis of the head and neck, scleroderma, and dermatomyositis.

Watch his TV appearance on Fox News, “What Killed Harold Ramis?” about vasculitis. 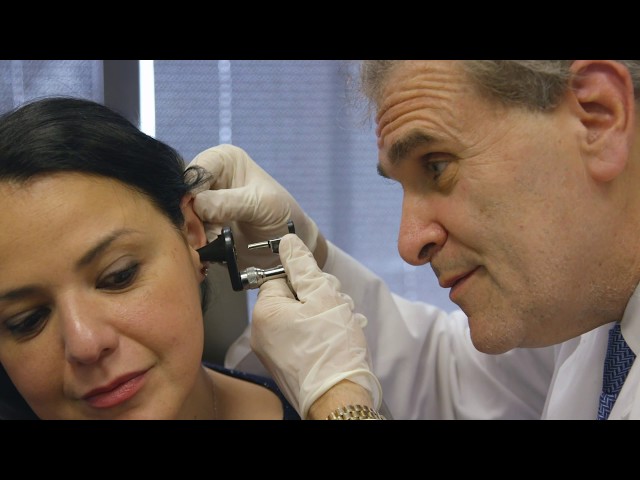 Below are financial relationships with industry reported by Dr. Lebovics during 2020 and/or 2021. Please note that this information may differ from information posted on corporate sites due to timing or classification differences.