Schedule an Appointment Get Directions

Dr. Daniel received BA in Chemistry from Queens College City University of New York and his MD from Columbia University Vagelos College of Physician and Surgeons. He completed his Residency Training in Internal Medicine at the former St.Luke's -Roosevelt Hospital,  followed by a Fellowship in Gastroenterology at the same Institution.

He is also the former President/CEO of  the former  North General Hospital in Harlem . He has received many awards and appointments ,including membership on the Governor's Advisory Board on Hepatitis. He is a Fellow of the American College of Gastroenterology ,the American Gastroenterology Association and the New York Academy of Medicine.He has served on many Community Boards and was Chairman of the Compensation Committee of Carver Federal Savings Bank for 5 years. He was the Interim Chief of Gastroenterology of Mount Sinai St,.Luke's , Mount Sinai West from October 2016 to August 2017.

He is currently the Asst Chief  of Gastroenterology/Liver Diseases at MSSL/MSW. Although not a  trained Hepatologist, he has treated patients with Hepatitis C for nearly 30 years , contributed to the literature on Hepatitis C and has written a book on Chronic Hepatitis C in the African American 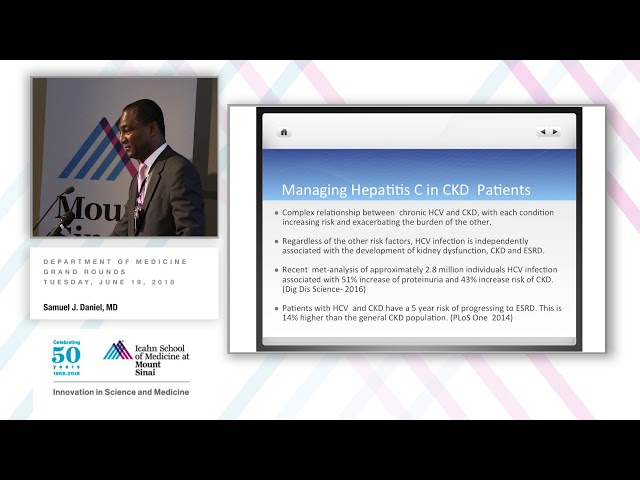 Below are financial relationships with industry reported by Dr. Daniel during 2020 and/or 2021. Please note that this information may differ from information posted on corporate sites due to timing or classification differences.