Dr. Zolla-Pazner received her Bachelor’s degree at Stanford University and her Ph. D. in Medical Microbiology at the University of California Medical Center in San Francisco. Her doctoral studies were focused on the immunochemistry of antibodies produced by immunization, and were a continuation of the pioneering immunochemical studies of Dr. Michael Heidelberger and Dr. Elvin Kabat. Her research made use of the sera employed for passive immunization in the treatment of pneumococcal pneumonia prior to the advent of antibiotic treatment. Dr. Zolla-Pazner’s Ph. D dissertation focused on the cross-reactivity of anti-pneumococcal antibodies and the unusual isotype of antibodies present in the horse sera used for treatment of pneumonia. Having completed her doctoral training, Dr. Zolla-Pazner spent two years as a post-doctoral fellow at the NYU School of Medicine working with Dr. Edward C. Franklin. While a fellow at NYU, Dr. Zolla-Pazner’s research focused on immunoglobulin synthesis by myeloma cells derived from human bone marrow biopsies. These studies led to several years of study of mouse plasmacytomas and their suppressive effects on induction of antibody responses. These early studies established her credentials as “a B cell immunologist”.

In 1969, Dr. Zolla-Pazner established her own laboratory at the New York Veterans Administration Hospital in Manhattan, which was and is a part of the NYU Medical Center. There, she continued her work on mouse plasmacytomas and, in 1977 she also became the Director of the Clinical Immunology Laboratory, the only lab in the NYU/VA complex to assess the function of immune responses in human patients. As a result of her Directorship of the Human Clinical Immunology lab, in 1981 Dr. Zolla-Pazner was among the first scientists to participate in the description of the immunologic abnormalities in patients with the then mysterious illness which became known as AIDS, affecting gay men, hemophiliacs and intravenous drug users. She was also responsible for providing the initial descriptions of immunologic abnormalities for the first patients with AIDS-related Mycobacterium avium-intracellulare and to identify similar immunologic abnormalities in apparently healthy gay men who went on to develop AIDS. This work established the chilling realization that 1/3 of gay men in New York City were suffering from a potentially fatal unknown illness.

In these early days of the AIDS epidemic, the Zolla-Pazner lab described the hyperactivation of B lymphocytes in HIV-infected individuals, and this discovery led Dr. Zolla-Pazner to develop methods allowing the generation of anti-HIV human monoclonal antibodies (mAbs) from the cells of HIV-infected individuals. Her lab was among the first to isolate and describe human mAbs capable of neutralizing the infectivity of the virus, and later was the first lab to isolate a mAb ofgreat neutralizing potency targeting a quaternary neutralizing epitope which includes the V2 loop of the HIV envelope protein. Studies of the second and third variable loops (V2 and V3 loops) of the gp120 envelope protein contributed to an understanding of their function in virus infectivity as well as how and why V2 and V3 from diverse viruses share antigenic similarities.

Using the mAbs described above, Dr. Zolla-Pazner and her colleagues have identified generic, shared structures in the V2 and V3 loops and used these to design V2- and V3-scaffold protein immunogens. Her lab has also used gp120 DNA as a priming immunogen, and recombinant “designer epitope-scaffold immunogens” to show that the immune response in rabbits and non-human primates can be focused on a single envelope epitope (V2 or V3), thus inducing antibodies which recognize diverse strains and subtypes of the virus; these antibodies have the potential of blocking infection by HIV. This body of work led to the seminal finding of the correlation between antibodies directed at the V2 loop of gp120 and the reduced risk of infection in the RV144 clinical vaccine trial, a finding that has been pivotal in establishing the central role of antibodies in protection from HIV infection and has helped to focus the HIV vaccine field on humoral immunity in preventing HIV infection. This platform for immunogen design is now being applied to the development of V2-scaffold immunogens on the basis of crystallographic studies of V2 mAbs and the V2 epitopes they target.

At Mount Sinai School of Medicine, Dr. Zolla-Pazner’s research continues to focus on the immunologic abnormalities in HIV infection and the development of HIV vaccine candidates. Specifically the Zolla-Pazner lab studies the production and characterization of human anti-HIV mAbs, the epitopes they target, and the immunologic and biologic properties of the variable regions of the HIV gp120 envelope glycoprotein. This information is being used to develop a prophylactic HIV vaccine.

Since beginning her independent research in 1969, Dr. Zolla-Pazner has received continuous funding and served as Principle Investigator on research grants, program project grants and training grants from the NIH, Department of Veterans Affairs, US Army, and the Bill and Melinda Gates Foundation. Dr. Zolla-Pazner has published over 300 papers, many in high impact journals including Science, Journal of Infectious Diseases, Journal of Immunology, Journal of Virology, Nature Structural and Molecular Biology, and the New England Journal of Medicine. She is an elected fellow of the American Association for the Advancement of Science (AAAS) and the American Society of Microbiology (ASM), and Adjunct Professor at the Rockefeller University. 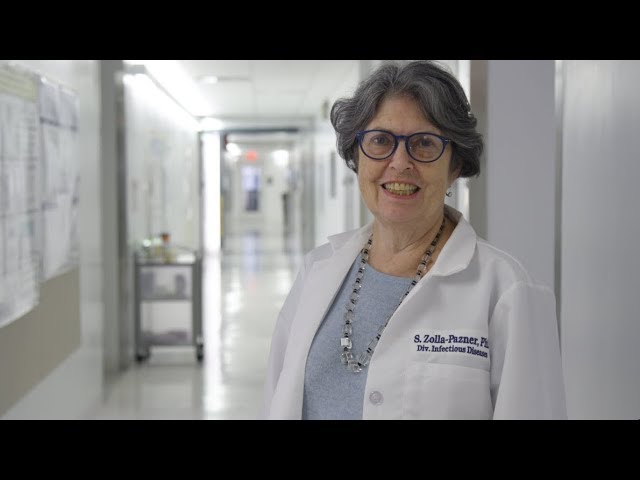 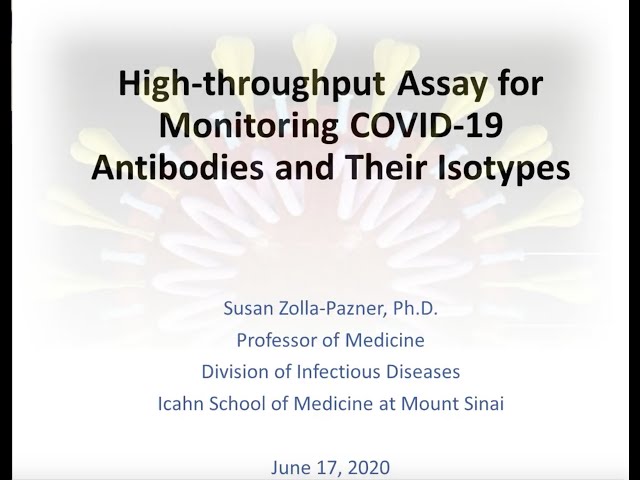 B A, Stanford University

none, NYU School of Medicine

Dr. Zolla-Pazner did not report having any of the following types of financial relationships with industry during 2021 and/or 2022: consulting, scientific advisory board, industry-sponsored lectures, service on Board of Directors, participation on industry-sponsored committees, equity ownership valued at greater than 5% of a publicly traded company or any value in a privately held company. Please note that this information may differ from information posted on corporate sites due to timing or classification differences.