Bruce Sands, MD, MS is the Dr. Burrill B. Crohn Professor of Medicine. Dr. Sands is an expert in the management of inflammatory bowel diseases (IBD) and has earned an international reputation for his care of patients with complex and refractory disease.  He joined Mount Sinai in 2010 as Chief of the Dr. Henry D. Janowitz Division of Gastroenterology.  Prior to joining Mount Sinai, Dr. Sands was Medical Co-Director of the Crohn's & Colitis Center at Massachusetts General Hospital in Boston, where he also served as the hospital's Acting Chief of the Gastrointestinal Unit as well as Associate Professor of Medicine at Harvard Medical School.

A longtime advocate for the continued translational research in Crohn's disease and ulcerative colitis, Dr. Sands is widely recognized for his innovative treatment of IBD and for his clinical investigations of new therapeutics.  He was among the first to report the efficacy of infliximab-a drug used to treat autoimmune diseases-in ulcerative colitis, a result later confirmed in large, multi-center randomized controlled trials.  Dr. Sands was also principal investigator for the landmark ACCENT II study, an international project that demonstrated the efficacy of the anti-tumor necrosis factor antibody infliximab as a long-term treatment for fistulizing Crohn's disease.

Dr. Sands' research also explores IBD epidemiology and includes the creation of a population-based cohort of IBD in Rhode Island, a project that is funded by the Centers for Disease Control and Prevention.,

A leader in several major professional organizations, Dr. Sands has served as the chair of the Clinical Research Alliance of the Crohn's Foundation of America, Chair of the Immunology, Microbiology and Inflammatory Bowel Disease Section of the American Gastroenterological Association (AGA), and chair of the International Organization for the Study of IBD. He is an AGA Fellow (AGAF) and a fellow of the American College of Gastroenterology (FACG). In 2006 he was named Humanitarian of the Year by the New England Chapter of the Crohn's and Colitis Foundation of America, and the Massachusetts General Physician Organization honored him for "Excellence in Action" in recognition of his distinguished patient care.

Dr. Sands received his medical degree at Boston University School of Medicinein Massachusetts and completed a residency in internal medicine at the Hospital of the University of Pennsylvania in Philadelphia.  He then completed clinical and research fellowships at the Massachusetts General Hospital. In 2001 Dr. Sands also earned a Master of Science in Epidemiology at Harvard School of Public Health. 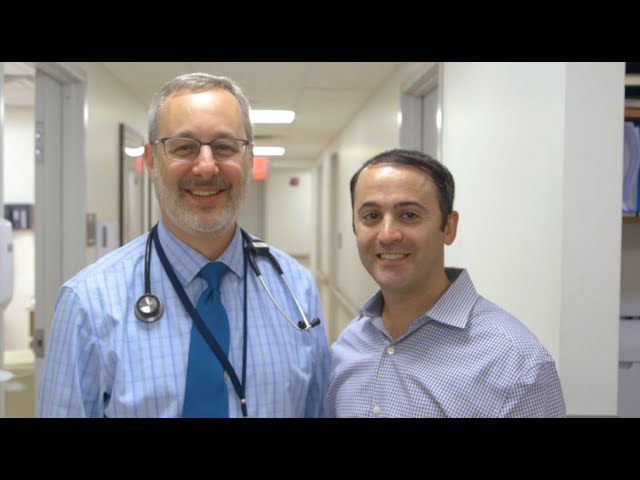 Residency, Internal Medicine, Hospital of the University of Pennsylvania

Dr. Sands' research as a clinical investigator focuses on extending basic pathogenetic observations in the inflammatory bowel diseases--Crohn's disease and ulcerative colitis--to translational research and clinical trials.  I have been an active investigator in clinical trials of novel agents directed at specific pathophysiologic targets in IBD in all phases of study. His earliest clinical trial work was with infliximab, a chimeric monoclonal anti-tumor necrosis factor antibody that has revolutionized the treatment of Crohn's disease. Dr. Sands was among the first to report on the efficacy of infliximab in ulcerative colitis, later borne out in large randomized controlled trials. Dr. Sands was also overall principal investigator for a large randomized controlled trial of  infliximab in fistulizing Crohn's disease, the largest such study to date.  In addistion to his work in clinical trials, Dr. Sands's research has included extensive work in observational studies in IBD, including outcomes research and epidemiologic studies.  Most recently, he is the principal investigator of OSCCAR, the Ocean State Crohn's & Colitis Area Registry, a novel, prospective, population-based inception cohort of inflammatory bowel disease based in the state of Rhode Island.  The goals of this study are to 1) develope robust predictive models for outcomes in IBD, and 2) to elucidate the role of environmental risk factors in the onset of IBD.

Below are financial relationships with industry reported by Dr. Sands during 2021 and/or 2022. Please note that this information may differ from information posted on corporate sites due to timing or classification differences.