Terry Francis Davies is the Florence and Theodore Baumritter Professor of Medicine at the Icahn School of Medicine at Mount Sinai in New York City.  Dr. Davies was trained in the UK, at the University of Newcastle and after further research experience at the National Institutes of Health in Bethesda, Maryland, he has spent most of his career in New York at  Mount Sinai.

Dr. Davies has a distinguished record of significant contributions to our understanding of endocrine physiology and pathology having published over 400 scientific papers mostly concerning thyroid disease at both a basic level, in the areas of immunology and genetics, and in the clinical arena in the area of autoimmune thyroid disease (AITD) and AITD in pregnancy. The Davies Laboratory remains one of the pre-eminent sites for autoimmune thyroid disease research as evidenced by his extensive support from the National Institutes of Health, since 1980, and from the VA Research Program.

Dr. Davies has received many honors in his career, is a member of the American Association of Physicians and a past President of the American Thyroid Association (ATA).  In 2010 Dr. Davies was awarded the John B Stanbury Medal for Thyroid Physiology and in 2012 he was made an Honorary Fellow of his home university in Newcastle, UK.

Dr. Davies is registered to provide telehealth services in Florida. 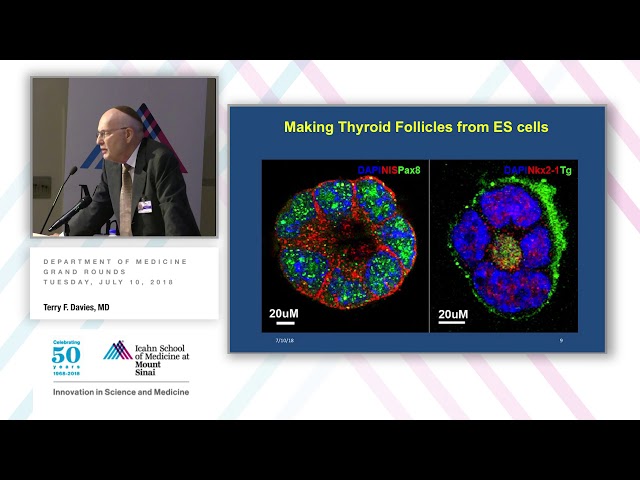 Summary of Research Studies:
Research areas of emphasis include: The TSH receptor molecule: This is the major autoantigen in human Graves' disease which is a form of autoimmune hyperthyroidism. The TSHR remains an elusive quarry ten years after it was cloned becsue of its highly complex processing. Our emphasis is on the post translational processing events involved with multimerization and intramolecular cleavage of the TSHR and its status in lipid rafts. Complex Genetics: The aim of this research has been to detect the susceptibility genes for autoimmune thyroid disease using genome screening of informative families with Graves' disease and/or Hashimoto's thyroiditis. Our group has experience in the analysis of families with these disorders and we have a large collection of well characterized families to study. Currently, our areas of emphasis are on individual susceptibility genes. In particular the TSH receptor intron 1 region where we have identified miRNAs close to associated SNPs and the role of epigenetics(using X chromosome inactivation) in disease susceptibility and its influence on the autoimmune response. Animal models of autoimmune thyroid disease: We have developed models of hyperthyroid mice immunized with an adenoviral vector incorporating the TSH receptor as a model for Graves' disease. These studies involve the development and characterization of unique monoclonal antibodies to the TSH receptor with thyroid stimulating activity with an emphasis on epitope characterization and signal transduction.

Below are financial relationships with industry reported by Dr. Davies during 2021 and/or 2022. Please note that this information may differ from information posted on corporate sites due to timing or classification differences.