To this end, the mission of the Pamela Sklar Division of Psychiatric Genomics (DPG) is to promote precision medicine, “an emerging approach for prevention and treatment that takes into account each person’s variability in genes, environment, and lifestyle” across neuropsychiatric diseases.

Our work in DPG has four major areas of focus that are critical for precision psychiatry.

“A psychiatrist who sought the genetic roots of mental illness.” Mark Daly, Nature 2018

Pamela Sklar was a psychiatrist, geneticist, and neuroscientist who was determined to pursue a systematic analysis of the human genome in search of insights that could help the millions of people globally who battle neuropsychiatric diseases, including schizophrenia and bipolar disorder. Throughout her career, Pamela was on the right side of every important decision in the field of psychiatric genetics, whether regarding data sharing, the importance of common variants, or in supporting the interests of younger researchers. Pamela was a fantastic and dedicated mentor to many of us, and an idol and passionate advocate for women in science. She led by word and by example. Even through her final months the passion with which she pursued her research inspired all of us. Her legacy lives on in the progress we have made, and in the brighter future for people battling mental illness. In Pamela’s memory, Mount Sinai has named the division that Pamela founded the Pamela Sklar Division of Psychiatric Genomics.

Pamela was born in 1959, in Baltimore. In high school, she studied piano at the Peabody Institute in Baltimore, and she enjoyed playing all her life. After completing a classical education at St. John’s College in Annapolis, Maryland, she pursued her MD and PhD degrees at Johns Hopkins University, where she did her dissertation research in the lab of Solomon Snyder, who revealed the mechanisms of psychotropic and antipsychotic drugs. She then obtained residency training in psychiatry at Columbia University, during which she worked in Richard Axel’s laboratory, who in 2004 shared the Nobel Prize in Physiology or Medicine. In 1995, she married molecular biologist and geneticist Andrew Chess, and they had two children, Michael and Isabel. Upon completing training, Pamela moved to Boston in 1997 to work in psychiatric genetics at the Massachusetts General Hospital and to work with Eric Lander in the formative stages of the Broad Institute of MIT and Harvard, forming the first psychiatric genetics group there. When the Stanley Center for Psychiatric Research at Broad was founded in 2007, Pamela built and led the genetics program until January, 2011, when she moved to Mount Sinai. Pamela was elected to the National Academy of Medicine in 2013 and received multiple awards, including the Colvin Prize from the Brain and Behavior Research Foundation in 2016 and the Lifetime Achievement Award from the International Society of Psychiatric Genetics in 2017.

Pamela had the vision, creativity, and drive to push forward the idea that neuropsychiatric diseases are polygenic: They result from small effects in many genes, rather than just one or a few. In the context of a polygenic architecture for neuropsychiatric diseases, very large cohorts of cases and controls are required to identify bona fide genetic variants conferring risk. Pamela helped found and directed large international collaborations, including the International Schizophrenia Consortium and the Psychiatric Genetics Consortium. With these numerous collaborators, Pamela led foundational work in psychiatric genetics, which included, for example, landmark studies in 2008, which first identified CACNA1C (encoding a voltage-dependent calcium channel subunit) as a risk factor for bipolar disorder; in 2009, when she proved the long-standing hypothesis of the polygenic nature of psychotic illnesses; and in 2014, when her work demonstrated the predominance of rare variants in these illnesses. Because of these revolutionary advances, we now know that genetic risk for schizophrenia and bipolar disorder involves many hundreds of genes, each with small effect and most shared between the two disorders. In this way, Pamela has challenged the field to approach the biology and treatment of these conditions in completely new ways.

Pamela battled cancer for over a decade, twice beating it into remission. She died on November 20, 2017. 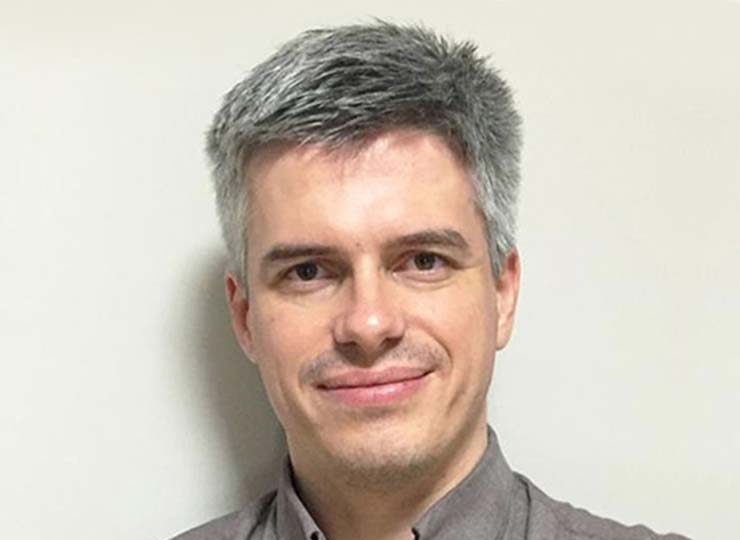 Panos Roussos is an Associate Professor of Psychiatry and Genetics and Genomic Sciences...Read More