At Mount Sinai, our scientists and physicians are devoted to understanding potential causes and identifying new diagnostic tools and treatments for progressive multiple sclerosis (MS).

MS is traditionally defined as an autoimmune demyelinating disorder with myelin sheath damage and clinical symptoms that vary depending on the central nervous system (CNS) regions affected. Because our central nervous system is involved in mediating how we think, speak, sense, and move, patients can develop a wide range of physical symptoms, such as fatigue, muscle spasms, dizziness, tingling sensations, visual problems, and, in some cases, cognitive issues.

Currently available immunomodulatory therapies have targeted the immune system and improved management of the disorder.  However, in some cases, patients are affected by permanently debilitating symptoms that progressively worsen over time. This form of the syndrome is called "progressive MS."

Several epidemiological studies have suggested the role of the environment in causing multiple sclerosis. The current hypothesis is that environmental signals, such as sun exposure and vitamin D levels, smoking, viral infections, and possibly also diet and microbiome, contribute to the onset of the disease in genetically susceptible individuals. We are working on characterizing the epigenetic changes that affect gene expression in MS patients and defining the possible causes in order to better understand how to prevent the disease. A special emphasis is given to the study of DNA methylation and microRNAs, and to the identification of the microbiome, the trillions of bacteria that inhabit our gut and can send signals to the brain.

One of the major challenges in multiple sclerosis research is learning how to repair myelin that is lost or damaged. Using a series of approaches in cultured cells, robotic screenings, and working in cooperation with chemical engineers, our team of scientists is exploring potential new treatments in preclinical animal models.

The ultimate goal—indeed, the future of medicine—is tailoring treatments to individual patients, based on their transcriptional profile, genotype, and specific characterization of body fluids, and unique pathophysiology. An important area of research is the study of factors that are present in the cerebrospinal fluid of patients that can be damaging to nerve cells. By blocking the action of these factors, we hope to prevent and treat clinical disability in patients with MS. 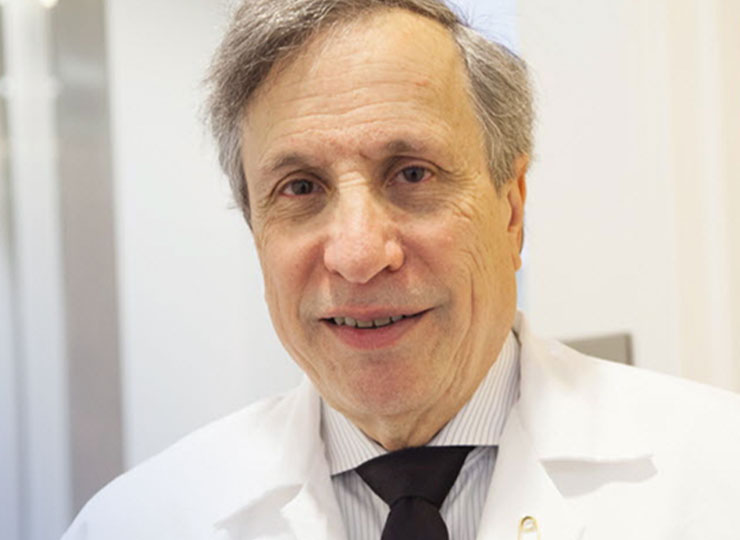