The Glickenhaus Center for Successful Aging and the Kastor Neurobiology of Aging Laboratories study the molecular, cellular, and functional changes that occur in the brain during aging, their mechanisms, and their behavioral consequences.

The ultimate goal of our research is to develop interventions to preserve and enhance cognitive and intellectual function at increasingly older ages. Such interventions are fundamental for healthy and successful aging and can have a crucial impact on elderly patients affected by progressive, chronic, age-related illnesses, as well as neurodegenerative disorders. Maintaining brain function within a near-normal range has highly significant effects on the general health and quality of life of such patients.

The ability to learn new facts and remember recent events is a fundamental part of everyday life experiences. Neural mechanisms of learning, memory, executive function, and decision-making are all vulnerable as we age, and these functions fail in many individuals with neuropsychiatric disorders. Our research interests include: the functional neuroanatomy of neocortex and hippocampus, the neuromodulation of higher cognitive functions, the mechanisms of cognitive impairments in aging and neurodegenerative disease, and the adverse effects of general anesthesia in brain development and aging. Different brain networks are crucial for different types of learning, such as memory for new facts and recent events, emotional associations, and skill learning. We focus on how the hippocampus, prefrontal cortex, amygdala, and neostriatum contribute to memory in experimental animals, and how mechanisms of neuronal plasticity within these structures contribute to memory functions.

Synaptic plasticity is altered in the aging brain and is a fundamental mechanism of age-related cognitive decline. We work at the boundary of Alzheimer's disease and the more modest disruption of memory often referred to as age-associated cognitive impairment, or mild cognitive impairment, that occurs in normal aging. We study the cellular, synaptic, and molecular basis of the earliest age-related alterations that lead to cognitive aging. We also study how these events relate to the complex physiology of aging, such as the aging of endocrine systems that affect the brain, the neural-immune interface, or the interactions between stress, as well as aging-related comorbidities, such as cancer, and aging.

Obesity is a risk factor for most age-related diseases, while dietary restriction appears to slow the aging process and extend maximum lifespan. Because almost all major pathologies are influenced by caloric intake, the mechanisms modulating metabolic state and homeostasis represent critical therapeutic targets. We have also shown that the brain regions and circuits vulnerable to aging are responsive to circulating estrogen levels, suggesting that interactions between reproductive senescence and brain aging affect excitatory synaptic transmission and cognitive performance. In fact, estrogen treatment in aged female monkeys protects vulnerable synapses and restores cognitive performance in these animals. 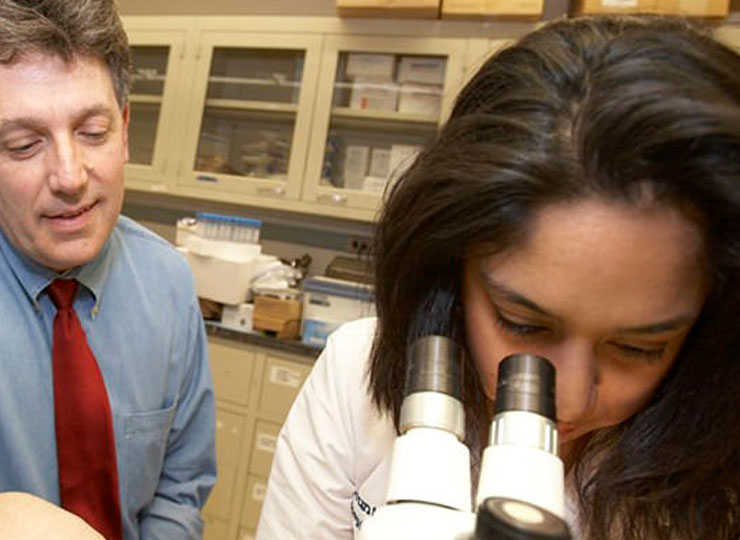 The Barbara and Maurice Deane Center for Wellness and Cognitive Health

The Barbara and Maurice Deane Center for Wellness and Cognitive Health treats each patient individually, with a team of internationally recognized neurologists, neuropsychologists, nurses, social workers and neuroscientists