Hematology has a long and distinguished history at Mount Sinai, starting in the early 1900s. Originally founded as a research laboratory, Hematology at Mount Sinai has enjoyed an excellent reputation as it has adapted to the health needs of patients and made major scientific contributions in the field. Some early scientific breakthroughs in Hematology include: the first observation of universal blood donor characteristics, the development of a method for storing blood for later transfusion, and the country’s first Intravenous Therapy Department, created to ensure the safety of treatment and the placement of intravenous lines. In the 1930s, Dr. Nathan Rosenthal established a laboratory teaching program for fellows, and Mount Sinai became the second hospital in the U.S. to have its own Blood Bank.

During the 1950s and 60s, Dr. Louis R. Wasserman, a pioneer in the study of polycythemias, established one of the premier Hematology programs in the world by developing research, clinical training and providing outstanding care. In this period of expansion, Hematology became a full department and boasted seven different basic science laboratories, a multi-disciplinary Hemophilia clinic, and a Blood Bank that continued to forge new ground in the study of blood disorders.

Mount Sinai also has a distinguished history in the study of cancer: treating, researching, and making breakthroughs as far back as the 1880s. Early in Mount Sinai’s history, gynecologic surgeons were attempting to cure cervical cancer with surgical reduction. In the 1920s, the Department of Otolaryngology was reporting five-year disease free milestones for several patients with cancer of the larynx after combination treatment of radiation and surgery. After WWII, researchers at Mount Sinai focused their attention on cancers of the blood, particularly leukemia, as part of the Cancer Chemotherapy Service Center of the NIH and subsequently the Acute Leukemia Study Group.

Mount Sinai researchers have also led the way to understanding the optimal use of chemotherapy. Dr. Richard Lewisohn initiated early work on chemotherapy for slowing tumor growth in the late 1930s. Twenty years later, Dr. Ezra Greenspan from the Cancer Research Laboratory fought resistance from national colleagues who did not believe in the premise of mixing toxic chemicals for cancer therapy, and he published landmark papers on combination chemotherapy for the treatment of ovarian and breast cancer. He established the Chemotherapy Foundation, which continues to support an Annual Symposium that draws thousands of oncologists from around world.

Mount Sinai’s emphasis on cancer increased in the 1970s with the establishment of the Department of Neoplastic Diseases under the leadership of Dr. James Holland, and the reorganization of the Division of Oncology under the Department of Medicine. Dr. Holland, a transformative figure in oncology, changed the thinking about acute childhood leukemia by proving its curability. He also advanced the understanding of combination chemotherapy by developing multi-institutional trials to study the treatment in solid tumors, lymphoma and leukemia. In his tenure, Dr. Holland coordinated the development of the Ruttenberg Treatment Center’s 53-bed unit in the Guggenheim Pavilion, which is still in use today.

Division of Hematology and Medical Oncology 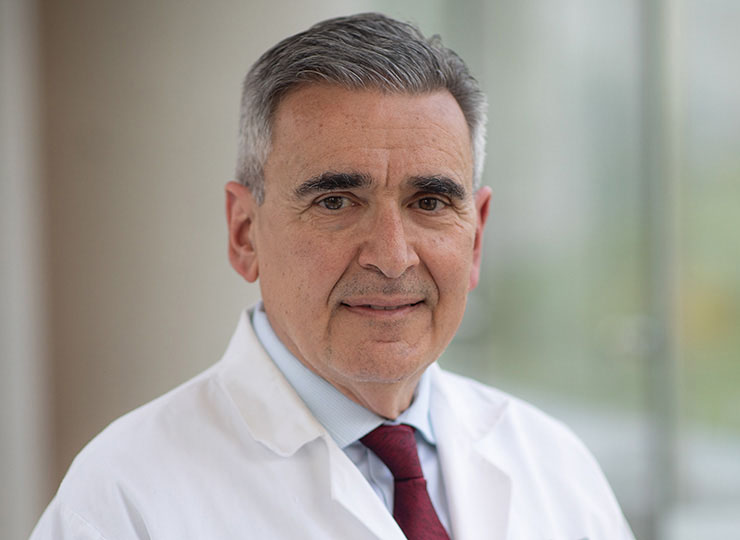 Joseph Sparano is Professor of Medicine and Chief of the Division of Hematology and Medical Oncology.