Compared to other divisions in our department, the Division of Rheumatology is relatively young in age.  Although the division was not established until the late 1960s, Mount Sinai physicians had been making many contributions to the field since the beginning of the century.

The momentous contributions by Mount Sinai faculty include:

With the passage of the Omnibus Medical Research Act of 1950, the field began to explode, authorizing the establishment of the National Institute of Arthritis and Metabolic Disease.  This opened doors for the division, and in the 1970s, our training program blossomed.  Harry Spiera, MD, established the Rheumatology Training Program and helped develop Mount Sinai as a major referral center for disorders such as giant cell arteritis, scleroderma and Sjogren's syndrome.  Clinical and laboratory research flourished under his leadership, and it has continued to do so since the training program’s inception.

The division’s remarkable history has led to much advancement in the field, enabling us to treat patients suffering from the full range of rheumatic disease and related disorders.  These include rheumatoid arthritis, systemic lupus erythematosus, osteoarthritis, Raynaud’s disease, other connective tissue disorders, crystal deposition diseases such as gout and pseudogout, complications from inflammatory bowel disease (IBD), chronic renal failure, and diabetes.  Mount Sinai is one of only four major referral centers for amyloid diseases in the United States.  It is a Center of Excellence for the diagnosis and treatment of amyloid diseases, autoinflammatory syndromes, and cryopathies. 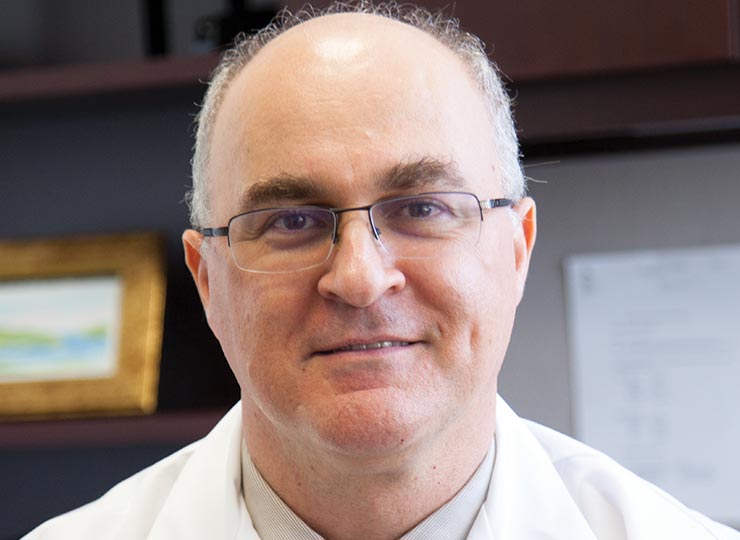 Percio Gulko, MD, is the Lillian and Henry M. Stratton Professor of Medicine and Chief of the Division of Rheumatology.  Read More