Mount Sinai researchers continue to advance our knowledge about the underpinnings of human disease. The following scientific breakthroughs reflect the innovative research being conducted in our labs.

Cancer Metastasis May Occur Before a Tumor Develops

Mount Sinai researchers have found that normal immune cells called macrophages, which reside in healthy breast tissue surrounding milk ducts, play a major role in helping early breast cancer cells leave the breast for other parts of the body, potentially creating metastasis before a tumor has even developed. The findings from this study could eventually pinpoint biomarkers to identify cancer patients who may be at risk of carrying potential metastatic cells due to these macrophages, and potentially lead to the development of novel therapies that prevent early cancer metastasis.

Diet and physical activity are not the only factors that determine how easily a person gains or loses weight. Researchers at the Icahn School of Medicine at Mount Sinai and the Genetic Investigation of Anthropometric Traits (GIANT) consortium have found that 13 genes may play an important role as well. These 13 genes carry variations associated with body mass index (BMI). They act in the brain in pathways that may affect people’s food intake, hunger, and satiety, making it harder for people who inherit the variations to eat less or stop eating, when compared with individuals who did not inherit them.

A computational model of cells that line blood vessels in the human heart that was developed at the Icahn School of Medicine at Mount Sinai, has led to the discovery of a gene-activation pathway caused by lipids associated with coronary artery disease. The new pathway could help identify new directions in research and drug development.

Mount Sinai researchers have discovered that a particular type of cell present in bladder cancer may be the reason why so many patients do not respond to the groundbreaking class of drugs known as PD-1 and PD-L1 immune checkpoint inhibitors, which enable the immune system to attack tumors. The researchers are now trying to validate the gene expression identified in their study as a biomarker that could help refine clinical trials and treatment in the future by predicting the level of response or resistance to PD-1/PD-L1 inhibitors.

Improving the Prognosis for Melanoma

A novel epigenetic mechanism that causes resistance to the standard treatment given to melanoma patients with mutations in the BRAF gene has been discovered by Emily Bernstein, PhD, and her team of researchers at the Icahn School of Medicine. BRAF mutations are found in roughly half of all melanomas. The researchers also found a biomarker–a protein called IGFBP2– that is associated with poor prognosis in melanoma patients. The findings point to a potential, multi-pronged approach to preventing drug resistance or reversing it once it has occurred by inhibiting the effects of BRAF mutations and IGFBP2-driven biological pathways.

Researchers at Mount Sinai have successfully restored vision in mice through activating retinal stem cells, something that has never been done before. This study opens a new pathway for potentially treating blinding diseases by manipulating our own regenerative capability to self-repair. The findings could advance efforts toward regenerative therapies for blinding diseases in humans, such as age-related macular degeneration and retinitis pigmentosa.

(Nature Medicine August 2018) Eric K. Oermann, MD, Instructor of Neurosurgery; and Joshua B. Bederson, MD, Professor and Chair of the Department of Neurosurgery

In the first study to use artificial intelligence to identify neurological disease, Mount Sinai researchers have designed an automated deep-learning neural network that can detect stroke, hemorrhage, and hydrocephalus within seconds, as compared to average human times of minutes. The research, which used more than 37,000 head CT scans, enables earlier intervention that can preserve neurological function and improve patient outcomes.

Patients who have diabetes and multivessel coronary artery disease that is treated with coronary-artery bypass grafting (CABG) survived about three years longer than similar patients who were treated with percutaneous coronary intervention with drug-eluting stents (PCI), according to researchers at the Icahn School of Medicine at Mount Sinai. The findings provide clear evidence that CABG plus standard medical therapy is the optimal treatment path for patients with diabetes and extensive coronary disease. 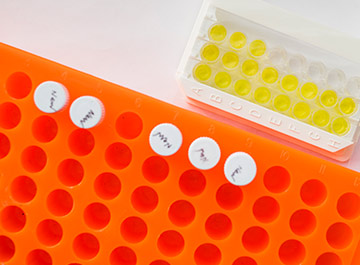 New Treatments Begin in the Laboratory 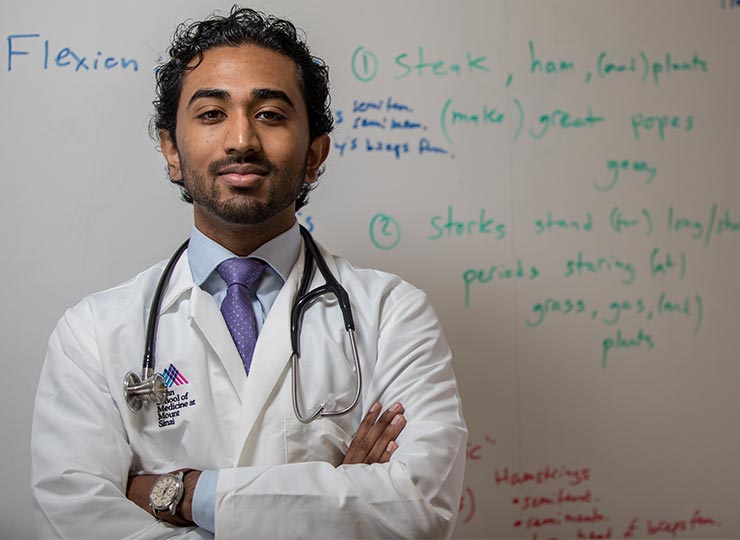 The Icahn School of YOU at Mount Sinai

This is not an ordinary education; this is an extraordinary life experience. We are a global leader that boasts an acclaimed faculty and is top-ranked by leading organizations in research funding, innovations, and diversity. Join us and change the world.