The principal objective of our Center Grant, Dietary Botanical Supplements on Biological and Behavioral Resilience is to provide valuable insight about the role of polyphenols in mechanism associated to stress induced psychological impairment in pre-clinical and clinical models. While the Preclinical studies will characterize immune inflammatory pathways elicited by stress in models of unpredictable stress, the clinical studies will conduct pharmacokinetic and steady-state profile studies to define bioavailable metabolites from dietary polyphenols in humans.

Moreover, the study aims to confirm the presence of specific metabolites that exert anti-inflammatory cascades in both experimental and human models. The clinical studies will use a multivariate adaptive regression spline model to identify specific dietary polyphenol metabolites or combinations of metabolites responsible for modulating pro- inflammatory mediators. Ultimately the studies will validate circulatory cytokines found as biomarkers of biological resilience in response to dietary polyphenols in a human model of social stress. Our areas of research are divided into two research projects, Project 1 (Suppression of Immune Signatures of Stress by Polyphenols Supplements) and Project 2 (Clinical Pharmacology and Target Validation of BDPP for Stress-Related Disorders). Project 1 and 2 are designed and optimized to synergize with each other, and to integrate seamlessly with the two scientific cores, Core A and Core B.

Project 1: Suppression of Immune Signatures of Stress by Polyphenols Supplements

Project 1 is led by Dr. Giulio Maria Pasinetti, Ph.D., with assistance from Tal Frolinger Ph.D., Chad Smith Ph.D., Sean Naughton Ph.D. Dhouha Daassi Ph.D., Susan Gursahai, Anica Lazetic, and Joyce Harary. The overall goal of Project 1 is to assess if the synthesis of IL-6 by peripheral monocytes in response to stress confers susceptibility to the onset of depressive symptoms. Preclinically we will understand whether administration of the botanical supplement prevents three pathophysiological events that are caused by stress induced IL-6 and that directly affect behavior. We are examining BBB (blood brain barrier) dysfunction and immune infiltration through the brain, microglia activation, and impaired D2 MSN plasticity which, will be assessed with and without BDPP treatment. Clinically we will assess steady state levels and safety of botanical supplement in a clinical setting. We will also assess associations between plasma IL-6 and specific metabolites of the botanical in a clinical stress paradigm (TRIER) prevents stress induced upregulation of IL-6.

Project 2 is led by Dr. James Murrough Ph.D., with assistance from Dr. James Simon Ph.D., Dr. Mario Feruzzi Ph.D., Morgan Corniquel, and Vickie Soogrim. Project 2 is a double blind, randomized, dose ranging, placebo-controlled trial in in healthy volunteers investigating the clinical pharmacology of the Bioactive Dietary Polyphenol Preparation (BDPP) and its effect on response to stress. The overall goals of project 2 is to characterize the clinical pharmacology and tolerability of BDPP to determine the dose-dependent effect of BDPP on markers of inflammation, and to establish the dose dependent effect of BDPP on stress-induced increases in markers of inflammation.

The Center for Molecular Integrative Neuroresilience aims to understand mechanistically the potential role of certain botanical dietary supplements, in particular polyphenols, to promote resilience against psychological stress and sleep disorder induced cognitive impairment, and to clarify the role of gastrointestinal microflora (microbiome) in transgenic gnotobiotic mice at the genomic level. Ultimately, these studies will provide the mechanistic basis of how to promote cognitive and psychological health.

The Center supports three major projects conducted through interdisciplinary collaborative efforts from the Department of Neuroscience, the Department of Neurology, the Department of Genetics and Genomic Sciences, and the Friedman Brain Institute at the Icahn School of Medicine at Mount Sinai, and in collaboration with Rutgers University and the North Carolina State University. Research underway by the Center will potentially lead to safe and efficacious treatments of dietary polyphenols to promote resilience in response to stressful conditions.

Stress-related disorders are widespread psychological conditions with broad health implications. Chronic stress can have a negative impact on physical health, including risks to the cardiovascular and digestive systems, as well as mental health, leading to depression, anxiety, and memory dysfunction. Using an animal model of repeated social defeat stress (RSDS) in which C57BL/6J mice are repeatedly attacked by a large CD1 aggressor mouse, this project, led by Scott Russo, PhD and Jun Wang, PhD, found that RSDS produces depression and anxiety-like behavioral phenotypes with a broad spectrum of severity, from susceptible to resilient.

We have previously shown that the pro-inflammatory cytokine IL-6 plays an important role in the RSDS phenotype and neutralization of IL-6 with a specific antibody in the periphery promotes resilience to RSDS. RSDS induces synaptic remodeling of the nucleus acumens (NAc) in susceptible but not in resilient mice, which leads to long-term changes in synaptic plasticity in medium spiny neurons (MSNs) in the NAc of susceptible mice. Our preclinical studies demonstrated that oral administration with specific grape-derived dietary botanical supplement mixture (grape seed polyphenol extract), a Concord grape juice (CGJ), and resveratrol (RESV) significantly promoted resilience in the context of RSDS. We also identified a number of bioavailable/bioactive phenolic metabolites derived from these dietary botanical supplements, which are capable of modulating IL-6 gene expression. Moreover, we found some of the brain-bioavailable metabolites can influence synaptic mechanisms in primary neurons. Based on this data, the overall goal of this research is to mechanistically investigate the beneficial role of specific dietary botanicals in promoting resilience to stress through modulation of proinflammatory gene expression in the periphery and stress-induced synaptic restructuring and plasticity in the central nervous system. In collaboration with Project 2, Promotion of Resilience Against Cognitive Decline Induced by Sleep Deprivation, we explore whether modulation of mechanisms underlying the impacts of bioactive botanicals on promoting cognitive function will also contribute to resilience in RSDS.

Sleep is necessary for optimal cognitive function. There is broad consensus that insufficient sleep leads to a general slowing of response speed and increased variability in measures of alertness, attention, and vigilance. Accumulating evidence demonstrates that sleep deprivation (SD) negatively impacts higher level cognitive capacities, including memory and executive functions, and these cognitive disturbances are beyond those produced by the impaired response and attention processes. Preclinical studies using animal models of SD revealed that SD induces cognitive dysfunction, in part, by down-regulating cAMP response element-binding protein (CREB) signaling pathways in the hippocampal formation. Preliminary evidence revealed that the application of a dietary polyphenol-rich botanical supplement mixture in vivo attenuated SD-induced cognitive deficits through the CREB signaling pathway.

This project, led by the Center’s Director, Giulio Maria Pasinetti, MD, PhD, recently identified a panel of bioavailable phenolic metabolites in the brain following dietary supplementation with botanical supplement mixture and structurally characterized them. Further studies identified a subset of these metabolites able to activate CamKII-CREB signaling pathway, while others can promote BDNF-dependent expression of immediate early genes. Based on these feasibility evidences, we hypothesize that botanical supplement mixture can mediate cognitive functions through two independent but interrelated pathways: the activation of the CREB signaling pathway and the modulation of the expression of genes essential for synaptic plasticity. The studies proposed in this project are designed to continue to explore the potential role of brain bioavailable phenolic metabolites in mechanisms associated to synaptic plasticity and memory consolidation. In collaboration with Project 1 we will explore whether modulation of mechanisms underpinning botanical supplement mixture-mediated promotion of resilience in a model of social stress will also contribute to cognitive improvements in response to SD.

We recently identified and characterized a polyphenol-rich, bioactive mixture of dietary botanical supplements capable of promoting psychological and cognitive resilience under challenges by psychological or physiological stressors in animal models. Translation of our preclinical observation to human application requires a better understanding of specific phenolic metabolites from the botanical mixture and the mechanisms by which some of these phenolic metabolites may modulate mechanisms underlying resilience. Intestinal absorption for a majority of dietary polyphenols consumed requires the assistance of intestinal bacteria, which convert polyphenols into phenolic acids and other low-molecular-weight compounds that are efficiently absorbed by intestinal epithelial cells.

We and others have identified 10 phenolic acids from our botanical mixture that are able to accumulate in the blood and/or the brain of rodents and/or humans. Our ongoing pilot feasibility revealed some of these biologically available phenolic acids are effective in modulating inflammatory and/or neuronal plasticity processes underlying psychological and cognitive resilience. Every person harbors a unique set of roughly 100 different bacterial species in their gut microbiota. We hypothesize that interpersonal gut microbiota differences in polyphenol bioprocessing affect the bioavailability of bioactive phenolic acids to peripheral and brain tissues. Such differences could affect the health benefits of the botanical mixture under investigation by our BSDRC program. Thus, this project, led by Jeremiah Faith, PhD, and Lap Ho, PhD, in collaboration with the Bioanalytical Component of Research Core B, will explore the role of the human microbiota in modulating bioavailability of phenolic acids from the botanical mixture for promotion of psychological and cognitive resilience.

Chocolate and Polyphenols in the Prevention of Alzheimer’s Disease

Department of Genetics and Genomic Sciences 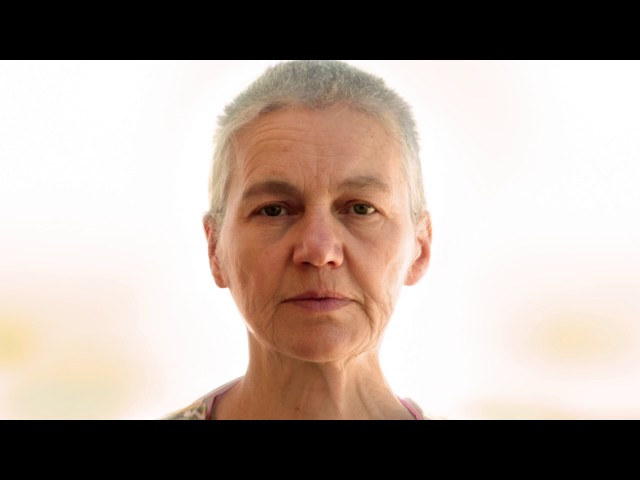 Resilience and Alzheimer's: Can one prevent the other? 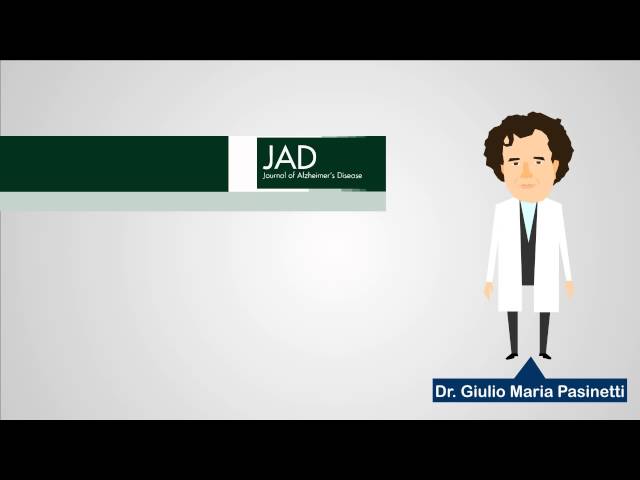 Chocolate and Polyphenols in the Prevention of Alzheimer’s disease 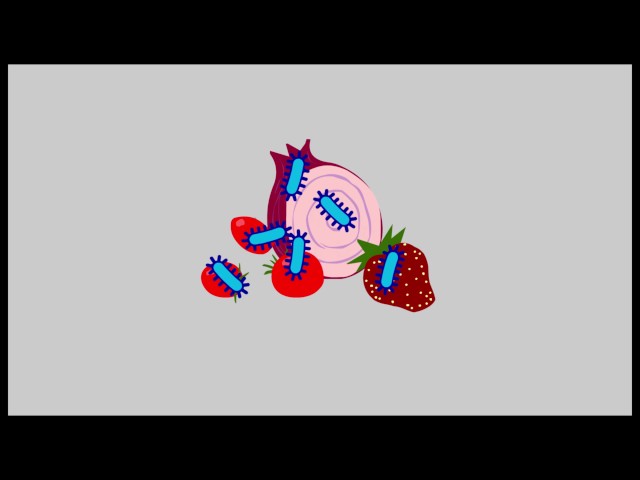 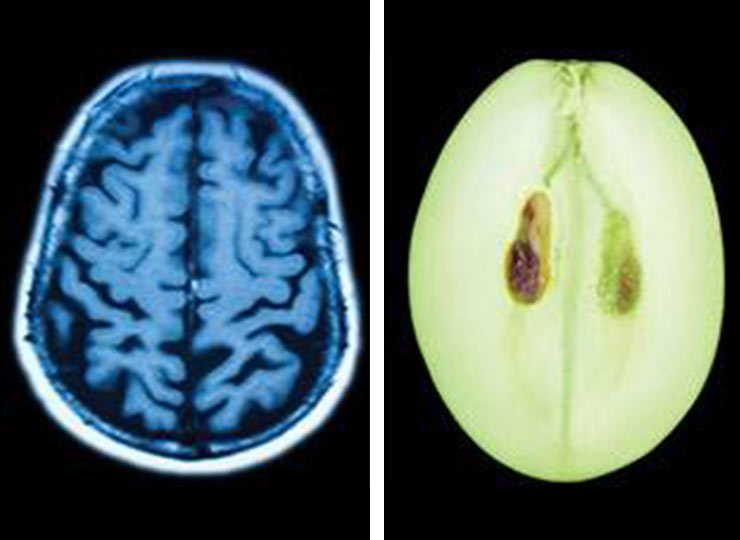