The Division of General Internal Medicine in the Department of Medicine has an important history of preventing readmissions by using a collaborative and interdisciplinary approach, including social workers, visiting nurse and outpatient services, and a variety of support groups.

Internal Medical Associates was created out of the General Medical Clinic in 1982.

Founding of the Visiting Doctors program. It was initially called the Home Visit Initiative of the Dept. of Medicine. An article about it notes: “The team consists of social workers, nurses and physicians, all of whom work to insure continuity of care for homebound patients.

Michael Lesch, MD, became Chair of the Department of Internal Medicine at Mount Sinai St. Luke’s and Roosevelt and oversaw the training of more than 200 residents and fellows. As a medical student at Johns Hopkins in the 1960s, Dr. Lesch and Dr. William Nyhan identified a rare genetic disorder, characterized by compulsive self-harm, and became known as the Lesch-Nyhan Syndrome, which affects the brain and leads to excessive production of uric acid.

Preventable Admissions Care Team (PACT) formed by a team of nurses, physicians, and social workers to reduce Medicare re-admissions rates. PACT developed a program of engagement that bridges gaps in care and strengthens hospital-community relationships in a variety of ways, including improved processes for appointments, expanded visiting nurse services, and outpatient programs and support groups. All of these efforts resulted in a 45 percent reduction in re-admissions.

The Chelsea Village House Call Program, a longstanding home-visit program in lower Manhattan, is now affiliated with The Mount Sinai Department of Medicine. This multidisciplinary program of Chinese- and Spanish-speaking staff serves patients in Manhattan south of 59th Street. Together with the Visiting Doctors Program, Mount Sinai now provides medical care for patients who cannot leave their homes throughout Manhattan.

Menu
General Internal Medicine
More In This Section
Contact Us 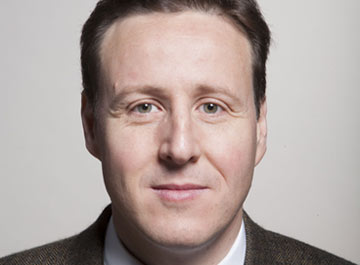 Juan Wisnivesky, MD, DrPH, is the Drs. Richard and Mortimer Bader Professor of Medicine and Chief of the Division of General Internal Medicine. Read More